How an influential plumber made me eat pig anus 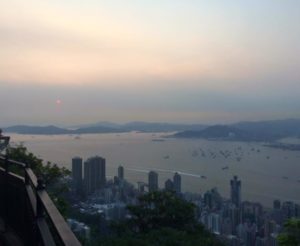 From when I was very young I’ve been a picky eater.
For years I refused to eat onions, anything green, and spaghetti.
So how come I went from not wanting to eat spaghetti to eating pig anus in Hong Kong?

When I was 7 years old, we were refurbishing our upstairs bathroom, and for a couple of weeks, we had a plumber working here pretty much all day.
Being a curious lad, I would always tag along with this plumber, peer over his shoulder, and try to see what he was doing in the bathroom. This would go on for the duration of his stay, and I ended up adoring him.

At the same time, my mom and dad were getting really frustrated by my pickiness and lack of interest in trying new foods. They had tried everything to make me eat, but I would not touch certain foods, especially not spaghetti.
This is where the plumber comes in. Since I followed this man around, looked up to him, and generally adored him, my parents quickly made a plan with the plumber.

One day they had asked the plumber to tell me that he loved spaghetti. He said that it was his favorite food, and he assured me that by eating spaghetti, I would grow big and strong, just like him.
And strangely enough, for dinner that day, we had spaghetti. Little me ate up everything on his plate that day.

Little did I know that this would be my first stepping stone on my way out of pickiness, and after acquiring the taste for spaghetti, I slowly branched out to other foods.

But it’s a pretty big leap from spaghetti to pig-anus. 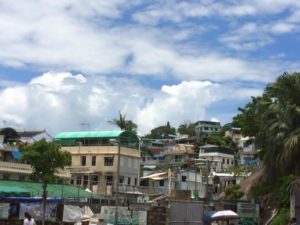 The year after my study in the US, I went to Hong Kong.
This was were I decided once and for all to stop my pickiness.

I set myself a mission: when I arrived in Hong Kong, I would beat my picky-nature and indulge.
So at every restaurant my friends and I went to, I would seek out the weirdest dishes I could find; if it was on the menu, I had to eat it.

During my two weeks in Hong Kong, I tried everything; Ox tongue, pig’s stomach, some weird sea creature –
that looked like a gelatinous porcupine, and worst of all: pigs anus.

When I saw the pig’s anus on the menu, my heart sank.
My friends all knew about my mission, and they would not let me back out of it.

I ordered the noodle soup, containing some vegetables, rice noodles, and some weird grey looking rings on top.
Suddenly I didn’t feel that hungry.

Cursing myself for doing this to myself, I lifted up the ring with my chopsticks and held it anxiously in front of my face.
I had to eat it. 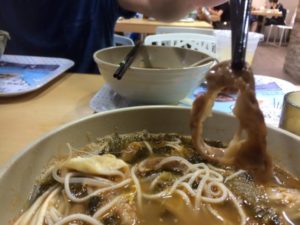 Biting down on the squishy ring, feeling the ribbed texture on my tongue only put one image into my head, and that did not help the experience. Despite getting horrible pictures in my mind and thinking of what this anus had gone through, or rather what had gone through it, it did, to my biggest surprise, actually taste amazing!

The meat was actually incredibly tasty, with the purest and most intense pork flavor I’ve ever had.
I’m yet to find something to top that pork flavor.

Despite the fantastic flavor, I did get very nauseous.
I never finished that bowl of noodles and anus, but it had successfully changed my view on food. I had taken the most disgustingly tasting, looking, and feeling thing I could think of, and ate it. If something that horrendous could taste so good, how many more delicious dishes are just waiting to be discovered.

Now, whenever I encounter something strange or that I think I won’t like, I just think of the plumber.
From the turn of a tap, I went from despising spaghetti to liking it, and eventually slurping down some pig anus rings.

What’s the strangest food you’ve eaten, and where did you find it?
What strange foods to you think you’ll find on your next mystery holiday?